All items are shipped from within the UK. Free standard shipping when you spend £40 or more.

Acca Kappa’s newest eau de parfum, the official fragrance of Giro d’Italia, captures the soulfulness of the ‘Bel Paese’ and the electric intensity of true grit

Founded in 1909, the Giro d’Italia (literally translating to the ‘Tour of Italy’) is one of the three most important cycling races in the world and heralds the start of the professional cycling season every May. Requiring immense perseverance, passion and energy the race is made of 21 stages, extending over three weeks, with participants cycling between 120 and 250 kilometres per day.

The official fragrance of the Giro d'Italia, Acca Kappa’s newest unisex perfume- VOLATA- embodies this collective endeavour; a timeless olfactory experience it’s an ode to the rugged beauty of nature, the unique Italian landscape and the heartening spirit of true grit. Celebrating the 90th Anniversary of the “Maglia Rosa” (the iconic pink jersey awarded to the race leader each day) at the Giro d’Italia, VOLATA harmonises some of the most iconic scents of the ‘Bel Paese’ (beautiful country) for a fragrance that is both soulful and intense.

Read below as we discover more about the history of the legendary race and introduce the exquisite scents behind VOLATA. 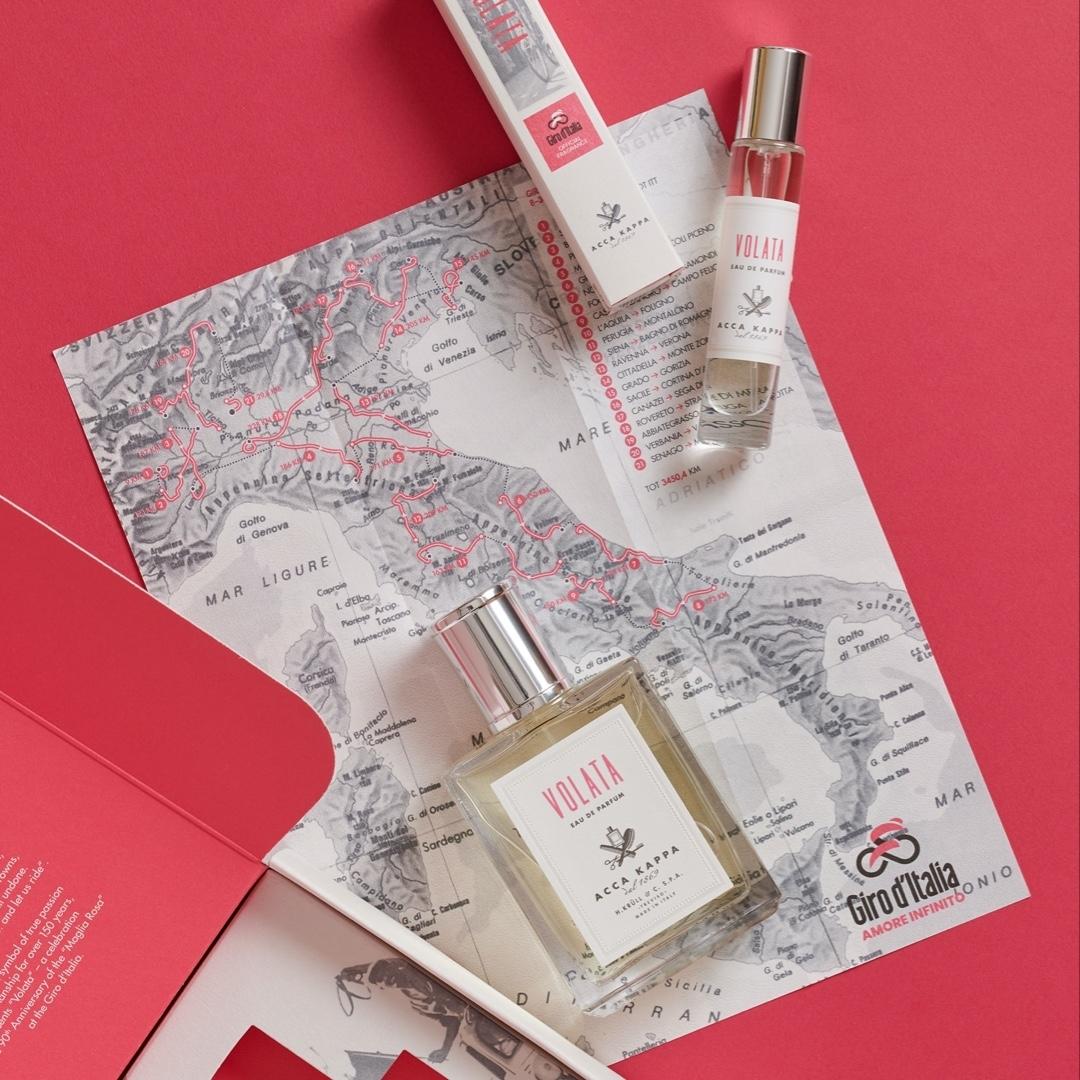 The Giro d’Italia was first organised in 1909 to help increase the sales of Italy’s largest sports newspaper: La Gazzetta Dello Sport. Originally split into eight stages and covering a total length of 2448km, as the Giro gained prominence and popularity the race was lengthened, with participation expanding from primarily Italian entrants to riders from all over the world. 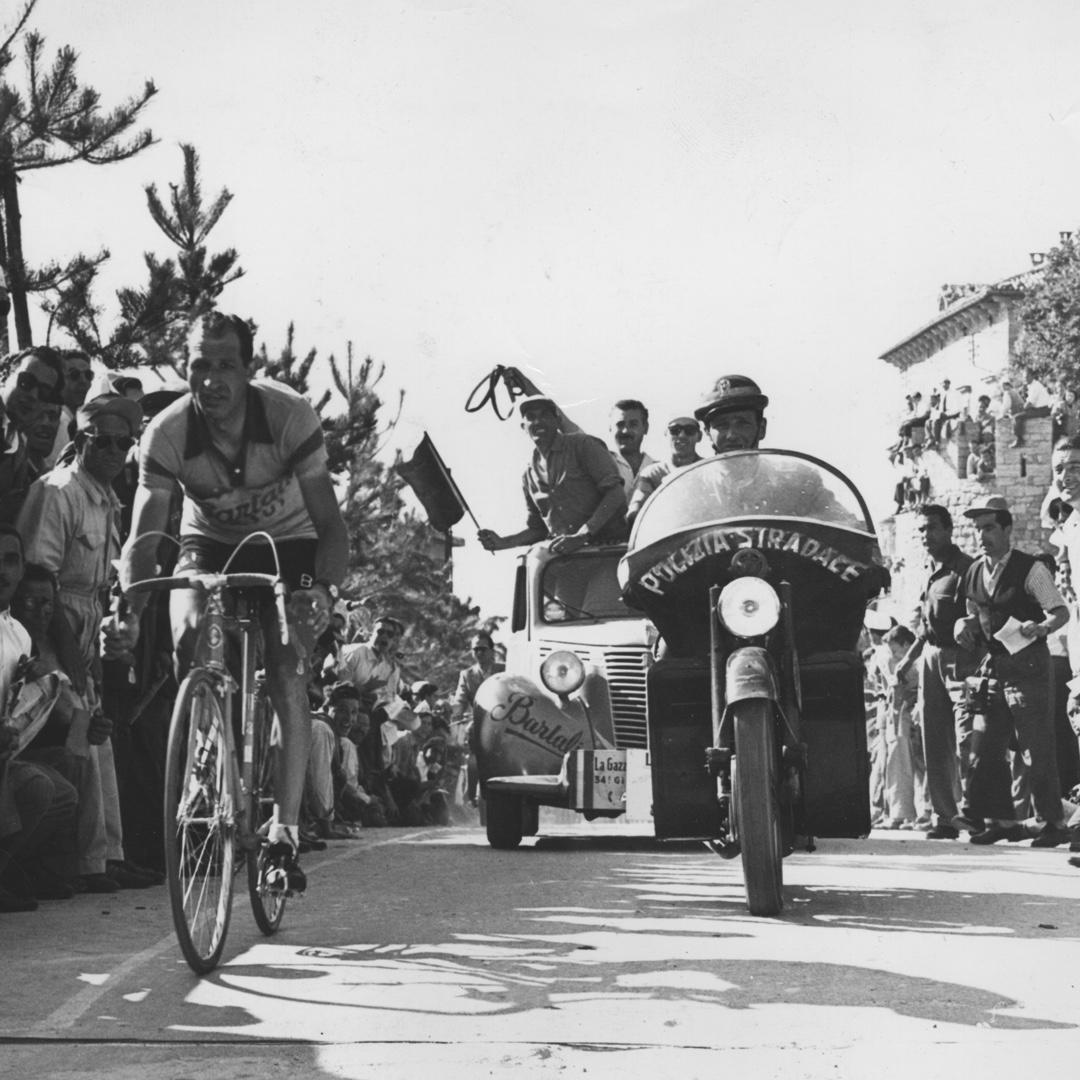 Cyclists from one of the very first Giro d’Italia

Comprised of a challenging mix of flat, medium and high mountain terrains the race spans almost the entirety of Italy from sunnier southern regions to the magnificent Alps. Inspired by the legacy of the Giro and singular contribution to Italy’s cultural world heritage, VOLATA was born. Embarking on its very own Giro d’Italia to gather some of the most unmistakable scents of Italy, VOLATA offers an unforgettable fragrance journey from the crisp, pine-like scents of the Alps to the liquid sunshine bergamot of Calabria. 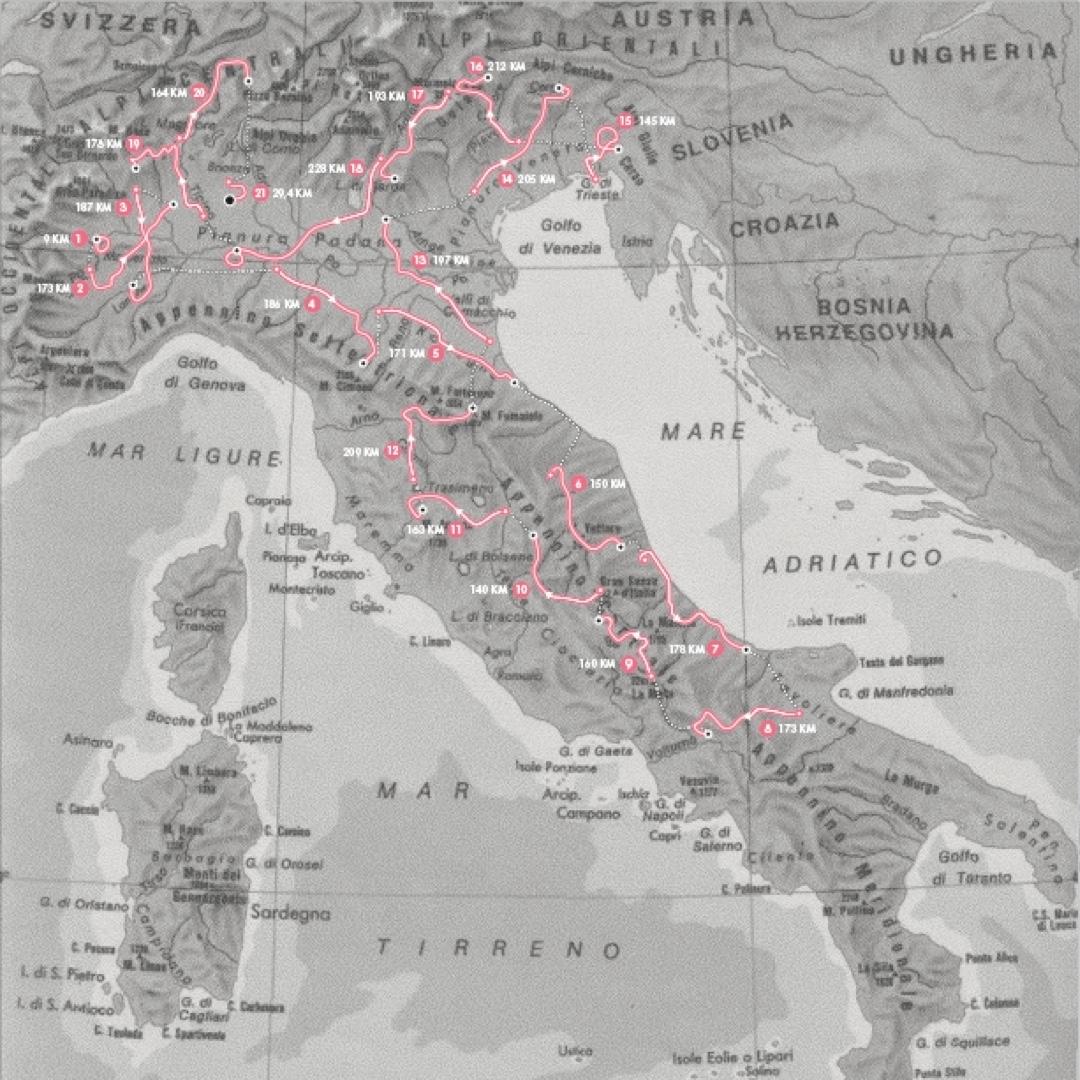 Uplifting pink pepper features in the fragrance’s top notes, a nod to the iconic tradition of the ‘Maglia Rosa’. A tribute to the Giro’s founding newspaper, the Gazzetta Dello Sport (which has been printed on pink paper since 1896), the Maglia Rosa identifies the leading cyclist of the race and has become an emblem of both accomplishment and perseverance.

Capturing this spirit of endurance, VOLATA’s timeless combination of brightness, spice and graceful florals will make your heart sigh. Supported by the great expertise of Luca Maffei, the perfume specialist, the fragrance emulates an electric sense of adventure with hints of spicy cardamom and bracing ginger. Followed by the elegance of iris, musk-like angelica and cypress at its heart, VOLATA will transport you, renewed, to the fresh landscape of the majestic Italian Alps. 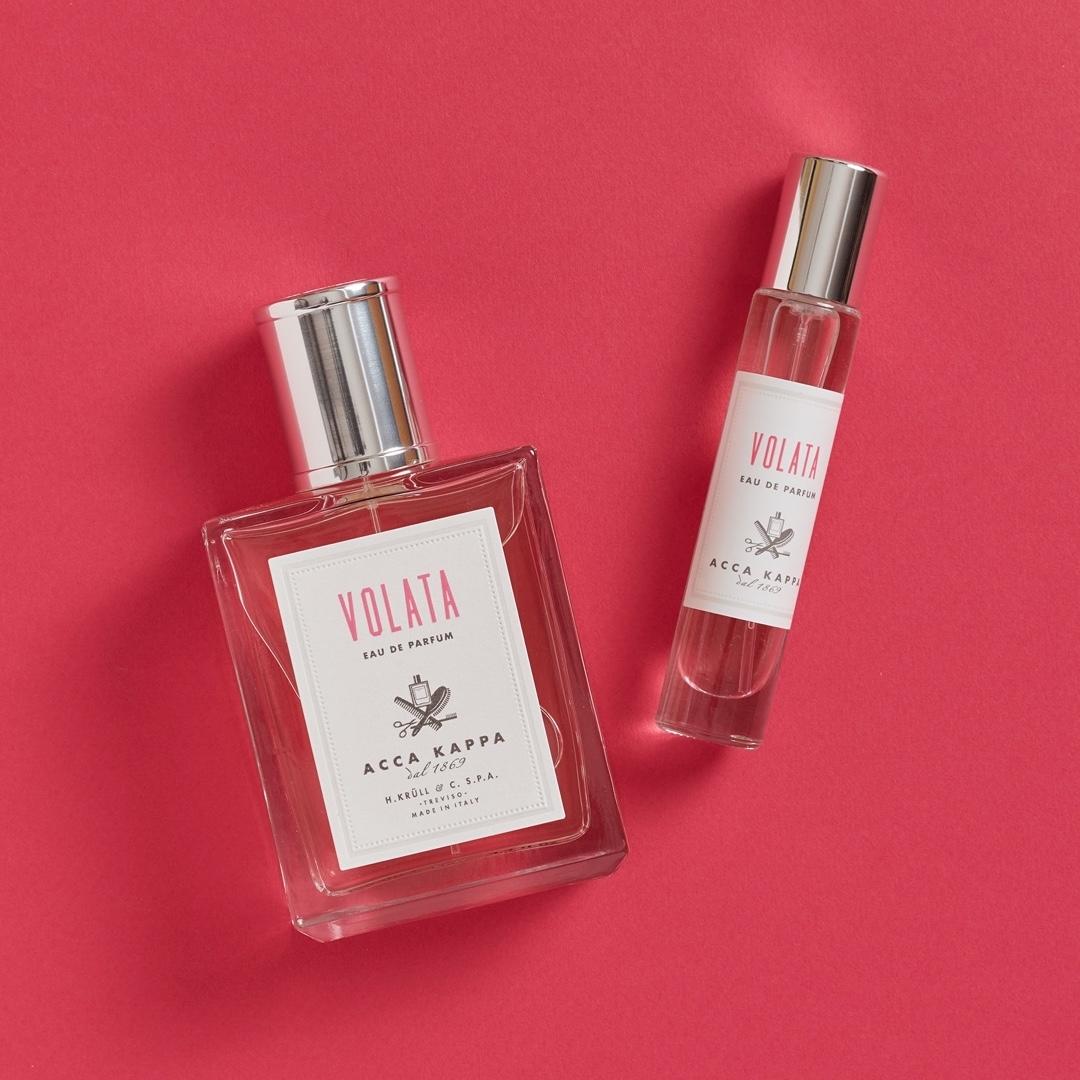 VOLATA, the newest Unisex Fragrance from ACCA KAPPA available in both 15ml and 100ml

Literally translating to ‘sprint’, VOLATA is now the official fragrance of the Giro d'Italia and marks the beginning of a three-year partnership with the race. Attracting thousands of fans every year, the race has been postponed only three times in its 112-year history (twice for the world wars and again at the start of the coronavirus pandemic in 2020). Tagged ‘Amore Infinito’, this year’s race pays tribute to Italy’s love of cycling and resilience, celebrating the races long-awaited return!

Like what you’re reading? Why not checkout some of our other blogs?